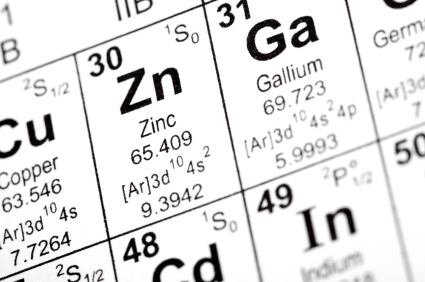 Zinc is the 24th most abundant element in the Earth’s crust, occuring naturally in air, water, and soil. Zinc, chemically abbreviated ‘Zn’, is number 30 on the periodic table of elements.

Approximately 5.8 million tons of zinc are naturally cycled through the environment annually by plant and animal life, rainfall, natural phenomena, and other activity.

Roughly 30% of the world’s zinc supply comes from recycled sources annually, and 80% of zinc that can be recycled is reclaimed. Zinc has been used in construction for more than 150 years to protect steel from corrosion. Zinc is commonly used in construction as a protective coating in the form of hot-dip galvanizing or other zinc coatings. 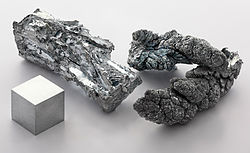 Zinc is also essential to life for humans and even the smallest microorganisms. Zinc aids in digestion, reproduction, kidney function, breathing, diabetes control, taste, smell, and much more. Zinc is common in day to day life as zinc oxides are often used with other compounds in a number of household products. Zinc oxide blocks more UV rays than any other single ingredient, thus is common component in sunscreens. Zinc is also used in cosmetics, tires, the treatment of sunburns, diaper rash, acne, cold sores, dandruff, the common cold, burns, other wounds, and much more. Although zinc in excess can be detrimental, zinc deficiency is of much greater concern. The World Health Organization (WHO) estimates that 800,000 people in developing countries die each year due to lack of zinc in their diet.